When people hear of a director being disqualified from their role, they will invariably think of someone who has committed fraud or acted in an underhanded manner in running their business. There are many different ways and reasons that someone can find themselves being stripped of their ability to be a director and public health and safety is a major factor.

Anyone that behaves and acts in a manner that is likely to place people at risk will find that they could be stripped of their position. This can have a long-term impact on their life, minimising their ability to earn income and it can be very harmful to the level of respect that they receive from others.

This is a situation that has arisen around the disqualification of a director who worked for a company based in Kent. The firm sold bomb detecting equipment but it turns out that for more than half a decade, the equipment was fake. You can see how this could have a tragic impact on people around the world and the decision to disqualify the former director makes a great deal of sense. Gary Edward Bolton has been banned from acting as a director for a period of two years.

The disqualification process can take a lengthy amount of time and this disqualification comes a period of two years after Bolton was convicted in July of 2013. This action was pursued by the Insolvency Service. 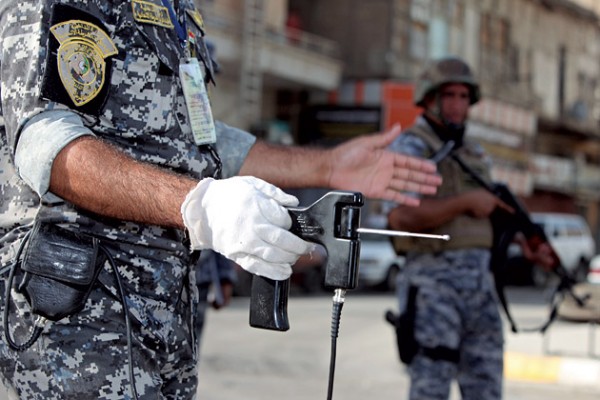 The Company Sold Devices to the Military

Bolton was formerly a director of the Global Technical Ltd company which traded from Ashford, The company made and then sold devices which they claims would be able to detect explosives and a wide range of substances. These devices were sold to the military; they were sold to foreign police forces, with a great deal of the equipment being found in Afghanistan.

There was a police investigation into the company back in 2012 and the firm ceased trading around this time. In the court case that followed, Bolton was sentenced to seven years in jail, and although he lodged an appeal against this decision, this appeal was rejected in July of 2014. The company was wound up at the end of October of 2013 but this would not be the last of the matter.

The Insolvency Service decided that there was a need to take further action. This was largely down as a preventative measure to ensure that Bolton couldn’t get involved with a similar line of business in the immediate future. The Insolvency Services stated that they were aiming to protect the general public, abroad and in the UK, by preventing Bolton from being able to misuse the level of protection that can be provided by limited liability trading.

Placing People’s Lives at Risk is not on

This is clearly an unusual case and not the sort of story that you hear every day. However, it is the sort of story that regularly sees directors being disqualified. If it can be proved that directors willingly engaged in creating and selling products that were defective or could have a genuine impact on people’s health, well-being and life, there are opportunities to ensure that they cannot act in this manner for a number of years.

The actions of Bolton have placed many people at considerable risk when it comes to injury and potential loss of life. This was an outcome he would have been very much aware of but he still decided to press ahead with selling these products. This indicates that Bolton uses a poor level of judgment or doesn’t care about the responsibilities he has to society. In this regard, you can see why there would be a push to have him marked down as being unsuitable to take a major role with businesses in the near future.

Given that this is such an unusual case, you may feel that it could be difficult for a defence solicitor to carry out their usual standard of work. However, the broad basis of this case is one that many defence solicitors will be familiar with, and it isn’t something that would have been too much of a stretch for an experienced solicitor who has dealt with director disqualification cases in the past.

In this case, the threat to people’s lives was too great to allow Mr Bolton to have the opportunity to return to a director’s role.