Why is Saliva Testing better than Urine Drug Testing?

Because of its detection speed, it is the best drug testing method for post-accident, random, and reasonable suspicion tests. It is also unlikely that one can cheat in this kind of examination since collection of saliva can be observed directly. You can collect samples anytime almost anywhere. One cannot easily alter the samples that will be tested and cannot prepare for this in order to clear themselves with traces of drugs that they used. 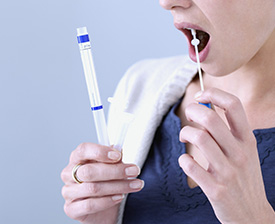 In urine drug testing, drug users dilute their urine; this is their method of cheating which is not effective in testing oral fluid. It is said that oral fluid testing is impossible to cheat or beat as long as it is done properly.

Various kinds of oral fluid test equipments each can detect multiple types of drugs at a time. But different testing material might detect different set of drugs than another. Drug Test in Bulk

It does not take too long to get the result of the test. Laboratories can give the results as soon as 8 hours after the sample was delivered to them, if it is negative. Positive tests are given back 24 hours after because they examine it for the second time to double check the accuracy of the result.

Why Test for Drugs?

Drug testing is most important for companies to make sure of their employees well-being. They have to keep their workplace safe for everyone. Businesses which are free from drug abusing workers generally show better performance and are more productive. They keep their reputation clean which attract customers and make them trust their company.

It is also for the safety of everyone. People under the influence of illegal drugs are likely to cause accidents, and in workplaces, other employees, guests, and customers might be involved. Regular and random drug testing are the best way to avoid such incidents to make sure everyone is free from drug.