We are surrounded by many colors though two of them have been given unique identities for many decades now. When we say Pink, the usual mentality is to immediately associate the color with being pleasant and girlish. The same gets applied to Blue which gets attached to boys. The influence of this mindset is so heavy on us that we tend to plan every activity of ours towards children based on the color coding. We get them dresses more based on their gender. We plan for birthday and other parties with the specific color code as the theme. In reality, it is not only these two colors that bifurcate genders during childhood but also the differences we insist in the type of kids toys we buy for each gender. Have we ever thought if gendered toys are really harming childhood development? 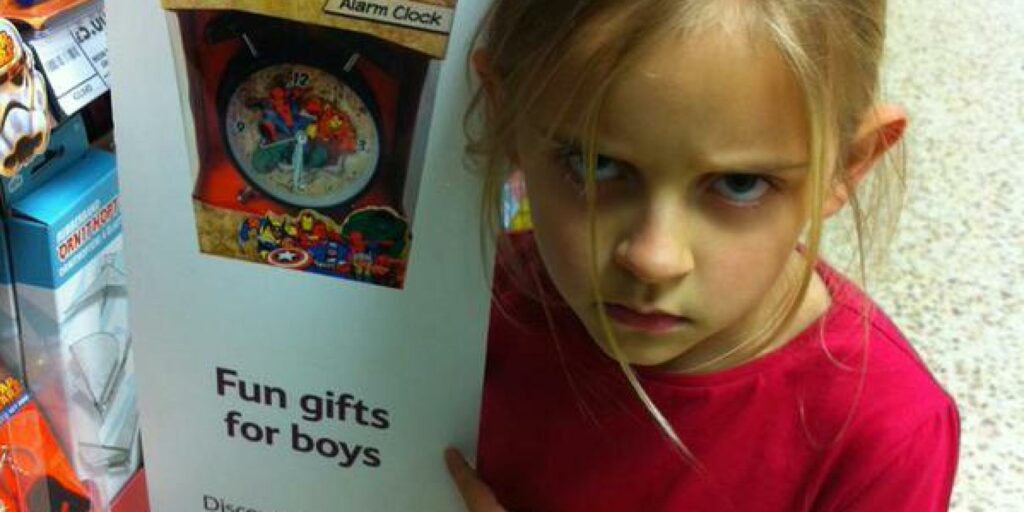 While toys may look like simple hardware that help us to distract children from being mischievous or naughty, researches point out that they are more than that. Toys, in reality, teach many qualities to children in a silent manner. For instance, children who are allowed to play with miniature trucks and motor bikes tend to understand the importance of being competitive and fast, though not in a conceptual manner. In the same wave length, when children are allowed to play with dolls, they teach them to be sympathetic and caring towards others. Now, when miniature high speeding vehicles are branded as ‘boy toys’ and cute looking dolls are termed as ‘girl toys’, both genders tend to lose out on many skills and attitudes each one of the toys teach.

The real impact of gendering toys

Toys have a huge impact on the psychology of children. Toys which require organizing skills like the building blocks teach spatial skills to children. Puzzles helps children cope up with the principles of Match as they grow up. The psychological aspects touched up on by the kids toys during the childhood have long lasting effects on the life of the child concerned. Researches show that bifurcating toys and colors between the genders tends to limit the growth of cognitive and developmental skills in them. Such differentiation provides them partial growth with respect to psychological aspects.

The real need of the hour

It is heartening to note that parents are drifting away from this ‘color coding’ and ‘toy differentiation’ between genders. This change in approach merges well with the direction the society has been moving for a couple of decades now. Gone are the times when women were termed as “house wives”, cooking and washing for the family. Today’s women get as much exposure as men do and men share equal household load with working women. This means children need to be treated as children without any gender differentiation and toys must be treated as toys. This equality in thinking and action is sure to construct a society that will have men and women co-existing together harmoniously as well rounded psychological products.