All About New Moto G3

Motorola launched another device in its G series as the third generation mobile Moto G3. The mobile looks promising with good specifications, the appearance of the device gives a premium look and it upholds the legacy of good design concepts. The device uploaded with some good specifications and the premium elements is the part of the design principles of the device. However, the Motorola expects that this device can bring back the glory to their market shares and holds up the trend of G series devices. So let check the device details. 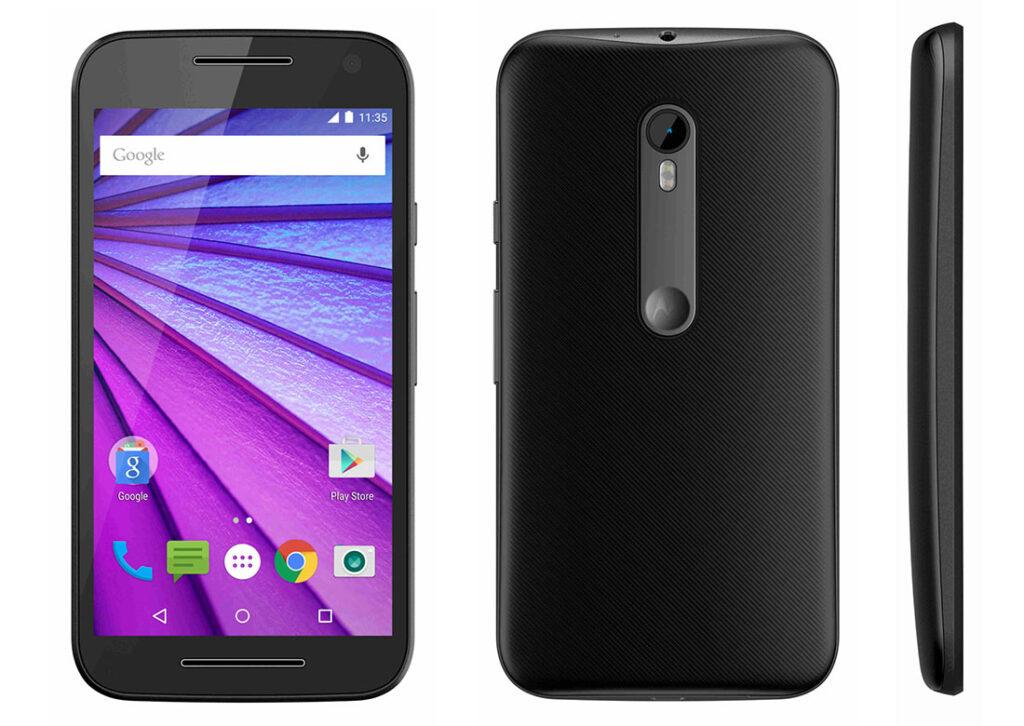 Moto G3 gets the significant changes in terms of the design features and some rich elements. The elements like metal frame, uni-body design and stunning it has the compatibility of IPx7. IPx7 compatibility makes waterproof, so it’s getting the on in the business with its good specs. The device has the good back finish, which gives a solid grip the devices, so you won’t feel any slippery. The metal used also gives good impressions on the hold.

It comes with 5 inch IPS LCD capacitive touch screen, which supports 16M colors. The bezzel levels of the device cover 675 screen –to-body ratio, the screen resolution of the device is 720×1280 pixel with density of 294ppi. The screen looks good with Corning Gorillas Glass3 protection for scratch proof and tamper proof. It has very good sharp display with viewing angles.

Another good feature added to this device is the camera, it has 13mp primary camera for taking good shots. The app working quick enough to capture excellent images, the camera offers 4128×3096 pixel along auto-focus, dual LED, Geo-tagging, touch focus, face detection, panorama and HDR functions. We can record the video [email protected], it has a secondary camera for video calls and selfies configures as 5MP and auto HDR. The images are coming out pretty good and offering good levels of natural colors.

The device is equipped with Qualcomm MSM8916 and SnapDragon 410 chipsets along with Quadcore 1.4GHz processor and adreno 306 GPU processor. It has two variants an inbuilt memory of 8Gb which runs on top of 1GB RAM and 16GB on board memory one with a 2GB RAM, we can extend the memory capacity by the provided MicroSD support up to 32GB.

The device is IPx7 certified, that means it has waterproof facility so the device can hold up to 30 minutes in the water at a level of 1 meter. It supports GSM/CDMA/HSPA/LTE networks. It has sensors like ambient light sensors, accelerometer and proximity sensors and active noise cancellation with dedicated mic.