4 Features You Should Know Before Plumbing Maintenance Begins

Your plumbing is understandably a mysterious, household system because most of its components are hidden away from view. However, it benefits you to know a few basics about the pipes supplying your home with water and waste exits. Get to know the top features or aspects of your plumbing before any maintenance begins. You might save hundreds of dollars with a working knowledge of the system.

If you look under your kitchen sink, you’ll see pipes jutting out from the wall. The majority of your plumbing pipes run through the walls so that the entire home is outfitted with running water. They aren’t limited to just the walls, however. Pipes run through the foundation and into the ground. It’s a rare situation when pipes are located in ceilings. Building engineers try to isolate the pipes so that future renovations aren’t impeded with pipes running randomly across a structure.

In most cases, plumbers will only need to access pipes that are close to your fixtures. If a plumber quickly tells you that a complex, pipe job is necessary with just a glance, ask for a second opinion. Most plumbing issues don’t require a major overhaul of your walls or foundation.

Another feature that you should know about is the plumbing valves. You have control over the water entering your home. There are cut-off valves that are attached to most fixtures in the home, such as the toilets. A malfunction isolated to one fixture means that you can use the cut-off valve to stop any water from entering that area. Fix the issue, and activate the valve once again.

The home’s main water valve is normally located outside, such as on a patio. If any plumbing issues arise that affect more than one area of the house, shut off the water at this valve. Call the professionals for an accurate estimate of the problem. 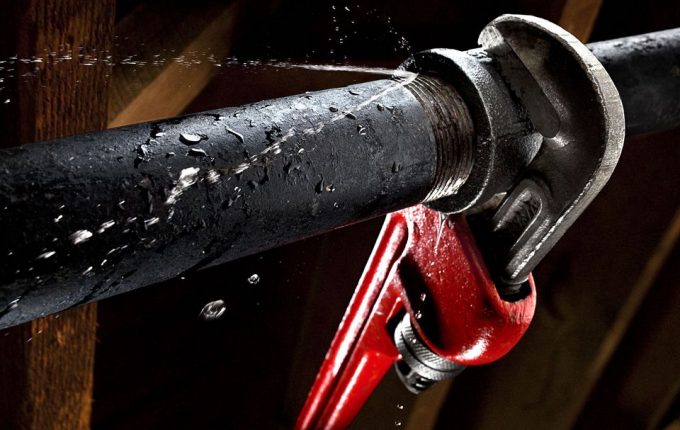 Be Observant in the Yard

A plumbing feature that’s often overlooked is overflows in the yard. A sewer line might break down in the ground where the pipes connect to the street lines. If any line outside of the home breaks, it may present itself as a puddle in your yard. Be aware of any unusual moisture around your home. It could be a sign of a plumbing problem.

The most common problem threatening your plumbing is clogs. Grease, hair and animal fur tend to float into the pipes on a daily basis. All of these substances combine into a sticky film that impedes the water’s flow. By working with a plumber on a regular basis, he or she can clean out the film before it becomes an issue.

To keep your pipes as clear as possible, throw away any oils or grease used in the kitchen. Don’t pour it down the drain. On a monthly basis, boil water on the stove and pour it down your drain. The heat will remove debris stuck on the pipes’ walls without the need for harsh chemicals.

Find a good plumber, and stay loyal to that company. These tradesmen are normally familiar with the systems built in your area so that rapid fixes can be implemented at each appointment. Request a yearly checkup of your plumbing too. You’ll avoid major problems while keeping up with the minor repairs in the meantime.

Charlie Teschner started MESA Plumbing, Heating, and Cooling in 1982. Charlie has a journeyman and master plumber’s license. He was raised with a strong work ethic and he now applies those values to tasks such as Longmont, CO heating repair.