Will In Car Cameras Become The Norm?

How in car cameras are proving popular with motorists and why. Their benefits including lowering insurance premiums, settling accident disputes and improving safety.

Using an in car camera – or dash cam – mounted on the dashboard or windscreen to film car journeys is undoubtedly becoming more popular amongst UK motorists.

An RAC survey found 9% of drivers used one in 2015 – up from 4% in 2104. In real terms, this could mean nearly three million UK drivers used a camera. The RAC and ‘Which?’ have found in separate surveys that over half of motorists are considering buying one, so they’re clearly in vogue.

What do in Car Cameras Offer?

By filming the road ahead and thus providing a record of the journey taken, the camera can prove invaluable in the event of an accident. Disputes can be settled – footage from these cameras is acceptable as proof of culpability by insurance companies – so perhaps a reduction in the amount of insurance ‘scam’ claims will result.

It also can help drivers maintain their no claims bonus in the event of the other party denying responsibility. There have been cases of footage used to prove blame even when the culpable party has tried to deny responsibility.

How do they Work?

They use power from the car’s 12 volt supply socket or cigarette lighter and record footage – usually taken from through the windscreen – onto a memory card. 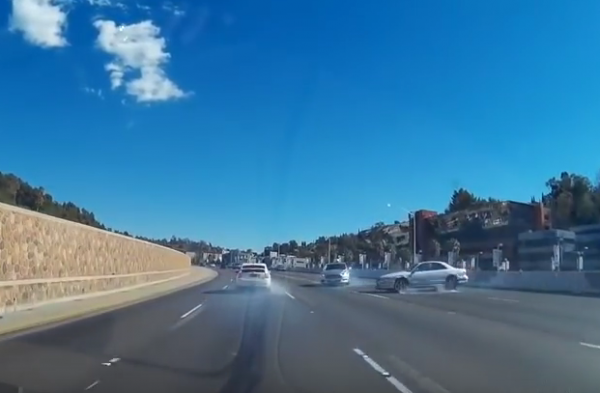 Main Benefits of in Car Cameras

if there is dispute about who may be to blame in the event of an incident, footage from the dash cam could settle the issue. Insurance companies are happy to use these recordings as evidence, and this can help motorists maintain their no claims discount.

by using dash cam evidence, insurance companies can save money investigating individual cases and may prevent some claims being made. These savings should be passed on to the motorist in the form of lower insurance premiums.

Protect Against Fraudulent Claims and ‘crash for cash’

over £390 million worth of fraudulent claims in the form of ‘crash for cash,’ where a collision is deliberately induced so claims for compensation can be made against the victim’s insurer, are made each year according to the Insurance Fraud Bureau.

A camera would help to avoid some of these claims.

when drivers are aware more and more other drivers have a dash cam installed, it should help reduce the instances of dangerous and threatening driving behaviour.

Knowing poor driving and confrontational behaviour is being recorded may – in time – make the aggressors think twice especially if evidence recorded on dash cams is enough to secure a conviction.

Car Park and Other Unattended Bumps

some dash cams have motion sensors. In the event of the car they’re installed in being bumped – such as in a car park when unattended – the camera will respond to the bump and start recording. This could reduce the very annoying instances of people knocking other people’s cars and not owning up to it.

dash cams are an excellent way of monitoring a driver’s activity such as when using company vehicles including vans and lorries. They’re also a potential safety aid as people such as taxi drivers can use them to record activity and act as a deterrent.

along with monitoring methods such as using a ‘black box’, insurers may consider the use of dash cams as a way of reducing young people’s insurance.

Other People using your Car

when you leave your car at a garage, in an airport car park or when it’s being valet parked then a dash cam can monitor if others are taking care with your car when driving or parking it up.

As the figures quoted above show, in car cameras are surging in popularity and their success is set to continue. They are already very reasonable money to buy – basic ones can be had for less than £50 but a well specified model with a good quality image is only around the £150 area.

Wi-fi and cheaper, faster Internet speeds are contributory factors to their effectiveness – you can watch footage soon after it’s been recorded thanks to smartphones and wi-fi if required – and they’re very compact. Memory cards are tumbling in price all the time so you can afford plenty of space to record even the longest journeys.

One precaution to be aware of; when buying make sure you don’t skimp on quality so you can make the most of the benefits in car cameras can offer. Good quality filming in low light and night conditions is important, and so is filming quality of a sufficient standard to clearly record number plates.

Simon Faulkner is the director of Eyewitness Cameras, who provide car, bike and helmet cameras that can be used to help resolve road accident disputes.