What You Need To Know To Buy Wholesale Fireworks Online

On many holidays. Particularly New Years, and the Fourth of July, a big part of the day’s festivities is the fireworks display. Fireworks bring feelings of joy and pride and many have come to expect to hear and see these loud, brightly colored explosions lighting up the sky. 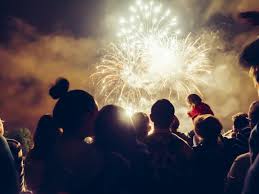 Consumers are allowed to purchase fireworks for home use but as you can imagine, their ability to purchase and use fireworks is regulated by federal, state and local governments.

So, when someone wishes to purchase fireworks, he has to be concerned with more than just the type and size of the firework they wish to purchase, they need to understand the laws. In the US, there is a myriad of laws governing the use and sale of consumer fireworks. So depending on where you live, will determine to a large extent which fireworks are available to you. There are many states that allow fireworks to be shipped there, but you have to know which ones do. You can buy wholesale fireworks online, and have them shipped to states that allow it.

Here is a state by state general breakdown of what fireworks you can purchase and use;

It is best to check with your local fire department to understand what the particular laws are governing fireworks use in your city.