Vietnamese food is one of the most popular in the world among other Asian cuisines. Foreigners have easy access to Vietnamese dishes as there are Vietnamese restaurants in other countries in Vietnamese communities. There is something about their cuisine that makes it special, and it’s more than just the tasty, distinct and healthy ingredients, it’s also because of its philosophical and cultural importance.

Vietnamese dishes differ between regions, reflecting history and geography. Vietnam’s neighbours somehow influenced their food and way of cooking. It used to be a colony of China and France, so some of its cooking techniques and ingredients came from these countries. In Vietnam, salt is believed to connect the living and the dead. Food is placed on altars as offering to the dead on some occasions such as New Year. Special dishes are prepared during wedding ceremonies as a symbol of harmony. The way dishes are cooked and prepared plays a significant role in Vietnamese culture. The term ‘eat’ is even a part of their proverbs.

Vietnamese cuisine follows five fundamental elements and taste senses. These include spicy for metal, sour for wood, bitter for fire, salty for water and sweet for earth. These also correspond to five organs, the gall bladder, small intestine, stomach, large intestine and urinary bladder. Their dishes also include five key nutrients such as powder, liquid, mineral, fat and protein. Cooks try to include five colours in their dishes.

The yin yang principle is also applied when preparing a meal to provide balance and be beneficial for the body. For instance, seafood is considered cold and should be used with ginger, which is warm. Sour foods that are deemed cool are paired with hot spicy foods. 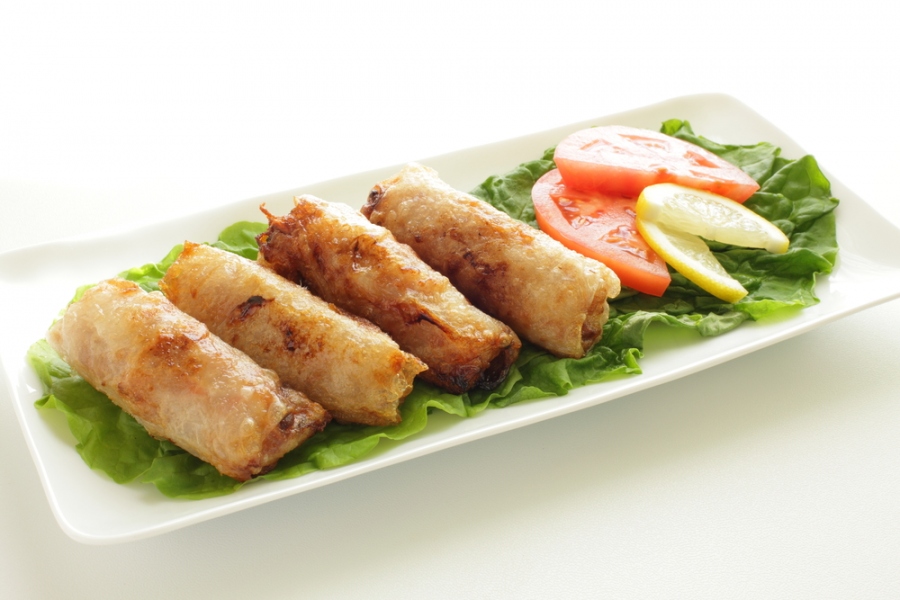 Vietnamese spring rolls, called nem ran, are a popular dish in Vietnam. They are prepared during special occasions but they are very easy to make. They are comprised mainly of minced shrimp or pork mixed with vegetables such as bean sprouts, mushrooms and onions. In the northern part of the country, pho or rice noodle soup is a common dish prepared in a special manner. The noodles should be soft but not mushy, the bouillon pure sweet, and the meat sweet smelling. Pho is best enjoyed during cold days. Like neighbouring countries, rice is a part of many dishes in Vietnam. It is boiled for daily meals and made into a variety of dishes like porridge and rice cakes.

Vietnamese food is diverse, but it has a distinct flavour brought by the common ingredients such as fish sauce, lemon grass, shrimp paste and fresh herbs. It is very healthy because it uses less oil and only the freshest ingredients from local produce. With the philosophy behind food preparation, there is a balance of flavours and nutrients. Wherever you are in the world, you can surely find a taste of Vietnamese cuisine. Just go find a Vietnamese restaurant London offers, or whichever city you are in.