After scheduling notice for court marriage, anyone can raise an objection to the procedure. The objection can be raised on the grounds listed in Chapter II, Section 4 of the Act. In case, the objections have little or nothing to do with any of the factors mentioned in the act, then the lawyer can handle the objection and allow the procedure to be solemnized. However, the marriage officer will examine the objection before going ahead with the decision. 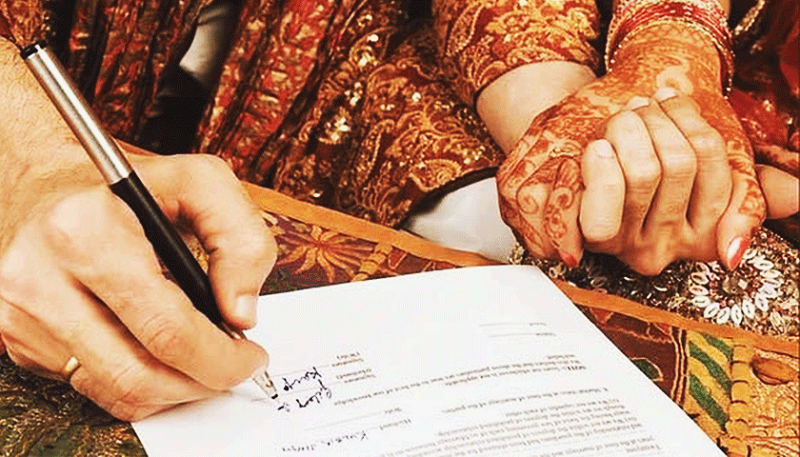 To whom objection against court marriage is raised?

This objection is raised to the marriage officer of the concerned district.

Any individual can raise objections against marriage based on one of the conditions stated above and specified in Chapter II, Section 4 of the act:

1. No Pre-Existing Marriage Valid – None of the parties should have legally wed living spouse (husband or wife). In case, of a previous marriage, it should not be valid any longer (at the time of court marriage).

2. Valid Consent – Both parties involved in marriage must be competent to give valid consent. It is also mandatory for the parties to be capable of speaking their mind and entering into marriage of their own will.

4. Completely Fit for Procreation – None of the involved parties should be unfit for procreation of children.

5. Prohibited Relationship – Parties should not be categorized within degrees of prohibited relationship. The condition is listed in Schedule I. Exception can be considered only if certain customs and traditions of the religion of any one of the parties allow for the same. Under such circumstances, the marriage shall be valid.

Here’s a list of the First Schedule of Degree of Prohibited Relationship:

Objection(s) against Court Marriage are Accepted – The Consequences

It is important that the marriage officer make all necessary inquiries about objections within 30 days from the date of objection. In case, the objections are found to be true, the marriage cannot be solemnized.

An Accepted Objection – The Solution

In case, the objection is accepted, an appeal can be filed by either party. This appeal filed to the district court within the local limits under the jurisdiction of the marriage officer. It is recommended that the applicant takes help of an experienced marriage lawyer in Delhi for filing an appeal. The lawyer will file this appeal within 30 days from the date of refusal to solemnize the marriage.

Getting guidance from an experienced and skilled marriage lawyer is important to ensure a hassle-free and quick court marriage procedure.