Maximum output! The most basic index many of us end up looking as far as the performance of power supply is concerned.  It is the most typical judging factor of everyone when choosing between different power supplies. However recommending this factor is not a good approach as it is more complex to choose a power supply compatible with the requirements of your computer than just comparing output indexes. Listed below are the things which should be kept in mind while choosing power supplies.

Power to the Max!

There is a big difference when it comes to Power Supplies and output wattage. Power supplies are often referred to as “Maximum Power” output.
Maximum Power provides a general idea of the number of devices(in terms of consumption of power) the power supply would be able to hold. 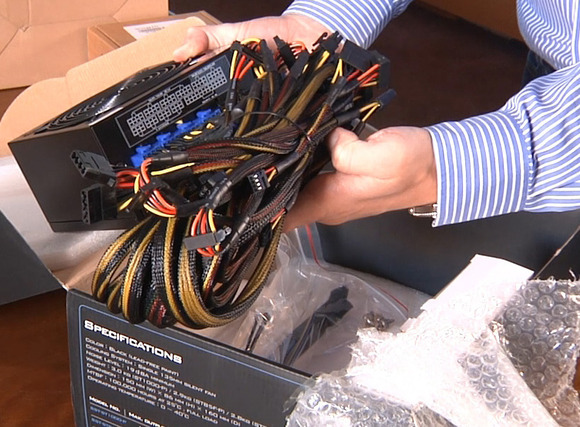 Although, the figure of maximum power is an important factor, it could not be considered alone for determining whether a Power Supply Unit (PSU) can drive your PC. Attention should be given to each voltage rail; however, the rail that requires the utmost attention is the +12V rail(s), since the PCIe video cards and processor receives from them. It is a required for a power supply to output at least at least 18A (amps)on the +12V rail to meet the requirements of the up-to-date mainstream computer. Whereas, in the case of  system with a single enthusiast-class graphics card, more than 24 Amps is required, and when it comes to a  high-end CrossFire/SLI system, power supply should be more than 24A.

Here, output amperage figure that is being talked about is the combined figure for Power Supply Units which offers more than one +12V rail. And it is the combined total output that you should be looking for.

NOTE: Make sure to that +12V rail(s) provides no less than 34A if you are planning to set up a Crossfire/SLI configuration

PSu provided connectors plays an important role in determining the types of devices can be connected to it.
Therefore try choosing a Power Supply Unit  that comes up with all the connectors(type and number) your components require.

PFC  stands for Power Factor Correction. It is a technique that resists the undesired effects electric loads that handle making the power factor less than 1.
PF( Power factor) denotes the active power-apparent power ratio. The former is measured in measured in watts whereas the latter in VA( volts x amps ). As far as PSU is concerned The higher the value of PF, the better the ability for converting current into useful power.

When it comes to a PSU with a relatively higher efficiency rating, it would not only assist you in saving costs, but also the amount of heat released will be much lower(resulting in better durability and  reliability). Moreover, it would prove to be beneficial in case of reducing noise. The reason being its cooling fan  could easily run at a speed that would be quite low, yet providing efficient cooling at the same time.