Last weekend me and my friends decided to go on an off-road mountain bike tour. I’ve been on a lot of bike tours, but this trip turned out to be totally different. Though we faced a lot of problems, and bad weather just added up to it, but it was fun and a learning experience. For anyone who is planning an off road mountain bike tour, these are few things that you should keep a tab of.

I learned this the hard way. Before leaving for the tour, I packed the usual that I used to do for my regular bike tours. I stuffed a couple of hydrants, panniers, camping gear, a tripod, a change of clothes and a camera. There was no problem while riding across the town on paved roads even with that hefty weight on my bike. It was all rainbows and unicorns until we hit the mountains and started travelling off road. My bike gave up on me. It was becoming difficult to ride on steep slopes with all that weight. There was a time when I unloaded half of the stuff, carried it all the way up to the mountain side, then hike back down and then rode the bike up as well. At that point, I realised that I have to pack a whole lot less to go for an off road mountain bike tour if I do it again in the future. 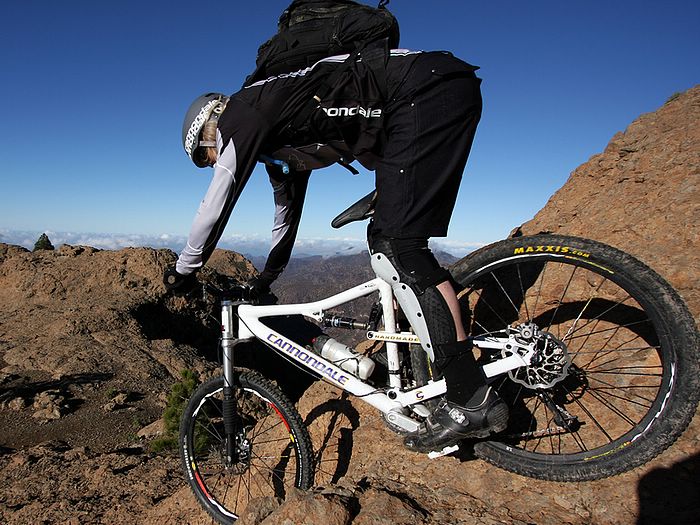 Take your Bike Lock Keys with you

After a long day, I setup my tent and prepared my sleeping area and kept all of my gear inside the tent. Then I locked my bike, and as soon as I did that I realized that I’ve forgotten the keys to my bike lock at my house. I called my neighbour and explained everything thing to him and asked for this huge favour. I called him to the closest road and walked back and forth 5 miles to pick up my keys. As the closest road was only five miles away, I somehow managed to get my keys back. If in case it would have been a longer bike tour it would have been a nightmare. I expected it to be a calm and a relaxing day, but it turned out way different, just because of a silly mistake that I forgot the keys to my bike lock.

Not Every Pannier is Made for Off-roading Tours

Finally, the most interesting thing that I learned from this bike expedition is that there is some pannier that are better than others when it comes to off-road bike touring. For this tour, I was using Ortlieb Panniers, and the pannier that I should’ve been using is called the lone peak. The Ortlieb pannier is basic pannier that just slides and hooks up. Lone peak is a type of pannier that includes a bungee rope attached to it, which prevents the bag to move around and fall off.