The Weirdest Golf Trophies In The World

The public’s perception of golf is one of sophistication. Despite being banned at one point as detrimental to Scotland’s national defense, the very name brings to mind the stuffy, quiet confines of a severe and exclusive country club. This is far from true! In fact golfers, however, are a rare and often humorous breed of athlete.

While there are plenty of private links (some no doubt as severe as popular caricatures would have us believe), plenty of everyday players have playing memberships and more public courses are opened every year. While golf will never lose its cultured image, plenty of players are more than happy to poke fun at themselves and their sport. Videos abound of under-par pranks online, but perhaps one of the most popular venues for golfers to cut loose in the design of trophies.
Whether humorous golf medals, funny statues, or hideous accouterments, these are some of the weirdest golf trophies from around the world.

A Cut Above The Rest 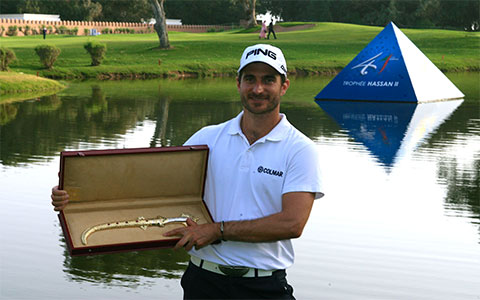 The Hassan II Golf Trophy is a tournament hosted by His Royal Highness Prince Moulay Rachid of Morocco to honor his father. As a royally sanctioned tournament named for the former king, it is treated as more than just a golf tournament, it is a symbol of the royal family’s strength and progression. As such, no mere trophy would do. The winner receives a gold and jewel-encrusted ceremonial dagger in a presentation case. Now that is a prize to take a stab at!

While the sponsors of this now defunct tournament (2000-2006) may have decided golf was for the birds, if you were the champion of the 84 Lumber Classic (also called the Pennsylvania Classic) the bird might be for you. This trophy would be familiar to any Twitter user if the well-known icon let itself go over the holidays.

A Pitcher Worth A Thousand Words 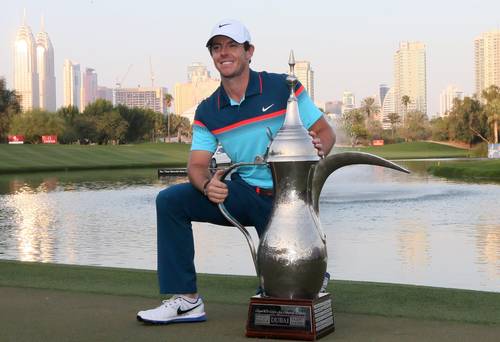 Perhaps knowing their champion would be thirsty after a long golfing weekend, the hosts of the Dubai Desert Classic made their trophy a pitcher. A really big pitcher. Nearly dwarfing its recipient, it is not recommended as a drinking vessel. It is, however, eye catching and beautiful. 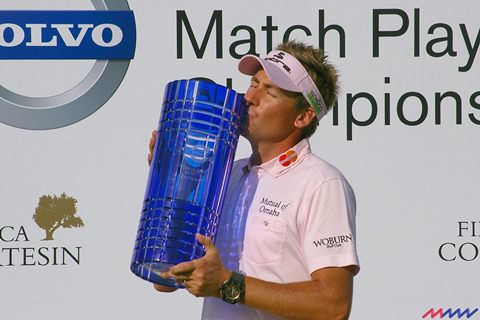 What better place to pick up office supplies than a golf tournament? The Volvo World Match Play Championships seemingly took that thought to heart when designing their trophy. Resembling a stylish and sophisticated waste bin, the designer trophy would seem to be in place next to any executive desk, but it looks even better in a trophy room.

Everything Goes With Plaid

The green jacket given out at The Masters is one of the most iconic symbols in sports, but does it go with anything else in your closet? The RBC Heritage Tournament comes to the rescue with a stunning plaid jacket guaranteed to turn heads. The tartan print is certainly eye catching and some big names have worn it over the years, making it a distinguished prize, even if it is one of the lesser known sports jackets.

Of course, there are more reasons to love golf than winning tournaments. Prizes are great, but any golfer will tell you the true reward of the sport is self-mastery. Golf is, at its heart, a game you play not against other players, but against yourself and the course. Get out there, hit some balls, and have some fun.