The Side Effects Of Ganabol / Equipoise – Must Know

The active ingredient boldenone undecylenate was developed in 1949 by the pharmaceutical group Ciba and is thus one of the first commercially available anabolic-androgen steroids. In the American sector equipoise is the more common name. Boldenone was originally developed for veterinary medicine and has never been used in human medicine.

Structurally, Ganabol is very similar to both testosterone and Dianabol (Methandrostenolone). Boldenone differs from testosterone only by an additional double bond between the first and second carbon atoms. The only difference to Dianabol is that Boldenone lacks the 17-alpha-methyl group of Dianabol. In essence, Dianabol is nothing more than 17-alpha-alkylated boldenone which in no way means that Ganabol and Dianabol have similar properties. 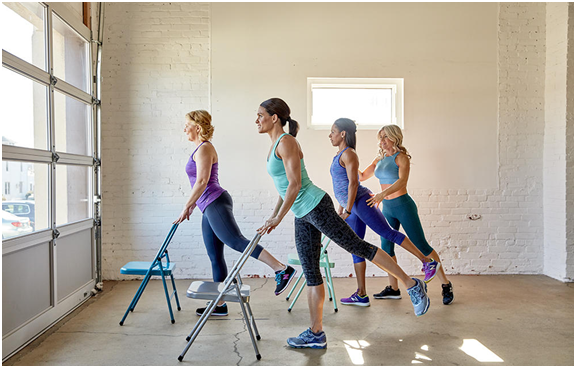 Due to the additional double bond also the effects of boldenone and testosterone differ. Ganabol is as potent as anabolic as testosterone but its androgen effect is only about 50% of the androgenic effect of testosterone. The increase in strength is roughly comparable with boldenone and testosterone, whereas the mass increases in testosterone are significantly higher despite the comparable anabolic effect of Ganabol and testosterone. Boldenone is often compared with Deca-Durabolin (Nandrolone Decanoate), although both steroids differ in practice. This misunderstanding is probably due to Dan Duchaine, who introduced Boldenon to bodybuilders through one of his steroid newsletters in the US and described Boldenon as a stronger form of Deca Durabolin.

The Side Effects of Equipoise:

The conversion rate of boldenone undecylenate to estrogen is only about 50% of the corresponding conversion rate of testosterone, resulting in estrogen-induced rare side effects such as increased water retention or gynecomastia in the practice of using Ganabol only in very sensitive individuals or at very high doses Of Boldenon. Although the dihydrocodeinone formed by the reductase enzyme of the body of boldenone has the approximately seven-fold androgenic action of testosterone, the resulting additional androgenic effect is negligible in practice because of the very low conversion rate of boldenone in dihydro-boldenone. Because of the much lower androgenic effect of Ganabol compared to testosterone, androgen-induced side effects such as acne, greasy skin, and acceleration of an already existing hereditary hair loss occur only at relatively high doses of boldenone. Even though almost all anabolic androgenic steroids increase the number of red blood cells, Boldenon has an above-average effect. For the user, this has the advantage of a better vascularity on the one hand, but the blood pressure can also rise significantly on the other hand. A further side effect of Ganabol, which is likely to be welcome during the mass build-up, but can be quite unpleasant during the dietary phase, is the marked increase in the appetite-boosting effect of Ganabol as described by many Bolden users.

Boldenone is a real all-round steroid for its applications. Ganabol is used in combination with testosterone to build high-quality, low-fat muscle mass. Boldenone is often used during the competition preparation because of the significant improvement in vascularity associated with its application. For this purpose, Ganabol is usually combined with other anabolic androgenic steroids, such as trenbolone, Masteron (drostanolone propionate), Winstrol (stanozolol) and/or testosterone propionate which are typical for competition preparation.

So, these were the rare side effects of the Ganabol / Equipoise which is very important to know before start taking this steroid.