The Railroad Industry Is Alive And Well In America

While millions of Americans are experiencing travel delays due to seemingly incurable traffic gridlock on the increasingly outdated so called “superhighways”, there’s a whole other sector of travel and commerce making a massive comeback.

For years, rail travel, both commercial and industrial, has been ignored. Indeed, for some, rail travel has been all but a laughing stock, or a reminder of the quaint old days that the invention of the automobile supposedly left behind a century ago.

However, a strange and (to some eyes) bizarre phenomenon is making waves all across the United States. It seems that, against all odds and prognostications, the railroad is once again becoming a dominant mode of delivery for both passengers and commercial freight.

For decades, the railroad industry was relegated to the margins of American industrial transportation, while massive, gas guzzling 18 wheeled tractor trailers and luxury sized seagoing freighters handled the bulk of the work. Now the tables are turning and the American railroad industry is reclaiming its rightful place in the chain of command. 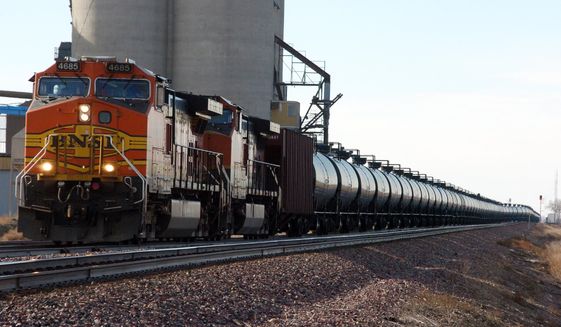 There Are Plenty Of Facts To Convince The Scoffers

Some people who read this article may scoff at this seemingly inexplicable conclusion, and may even seek to disprove it with ill informed arguments or out of date statistics. However, there is plenty of confirmation of this unexpected development to be found on the Internet – more than enough to convince even the most incredulous skeptic.

For example, Clarence Gooden blogs regularly about the improving business of CSX Corporation, of which he is the executive Vice President and Chief Commercial Officer. He is only one of a great many corporate officers who are hailing this very welcome resurgence of the American railroad industry.

Some Fascinating Facts And Statistics For The Reader To Consider

Here are some fascinating new facts and statistics for the interested reader to consider: In the past half decade, the total revenue taken in by the railroad industry as a whole has increased an amazing 19 percent, from 67.7 billion dollars in 2009 to 80.6 billion dollars in 2014.

This growth in revenue represents the largest such jump in recent American history, and projections for the coming decade are even more positive. Indeed, the Federal Railroad Administration has released an official estimation stating that the total amount of freight tonnage being shipped by the American railroad industry will increase by a projected 22 percent by 2035.

Industrial Commerce In The Era Of Outsourcing

As the outsourcing of heavy industrial labor to other nations continues, this will mean that more and more effort will be spent on importing the goods that the nation needs to sustain its infrastructure. This is one of the primary reasons why the railroad industry is experiencing such an unprecedented return to prominence.

In addition, the recent oil boom in North Dakota is also contributing its share of fresh energy to the railroad revival. One of the most vibrant commercial sectors left in the country, the oil industry, is experiencing a serious shortage of available transportation, for the simple reason that there are more barrels of oil being produced than there are currently modes of transportation to deliver it. Once again, it is the railroad industry that is benefiting from this development.

A Bright And Promising Future Lies Ahead For The Industry

As can be seen, it is very certain that a bright and promising future lies ahead for the American railroad industry. In addition to all of the facts and statistics cited above, it is also true that railroad transportation, both commercial and industrial, remains one of the safest, most reliable, cost effective, and ecologically viable modes of travel.

State of the art locomotives are now operating on thousands of miles of existing railroads, with more being built every day, as the great American railway revival continues apace.