Take A Look How Business and Industry Influence The Environment

Industrialization is one of the contributing factors behind the destruction of the environment. Though it is important for economic growth and society development, it harms the environment to an extent.

Industrial processes lead to climatic change, air pollution, and water pollution by the release of chemicals in the water sources. All these factors result in the occurrence of health issues and extinction of species. 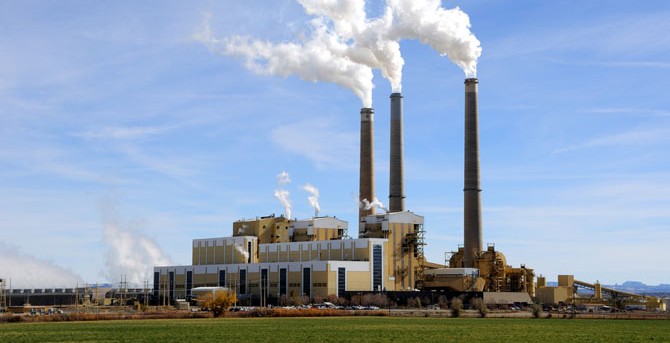 Factories produce several harmful gases, pollutants and chemicals such as organic solvents, sulfur dioxide, respirable particles, and nitrogen oxides. These elements when released in the air contribute towards damage to the health and environment. This is also one of the reasons behind global phenomena such as the greenhouse effect, climate change, ozone -hole and enhancing desertification.

Industrialization causes leakage of several hazardous materials from the energy and fuel industries. These are the primary causes that lead to contamination of land.

When these pollutants come in direct contact with the buildings, and groundwater, it leads to soil pollution.

Prohibition of the release of dumping of waste into the sea and construction on the coastlines without getting permission from an environmental authority “Committee to Preserve the Coastal Environment” damages the environment. It is also treated as an unpardonable offense.

Pest control products to get rid of insects such as mosquitoes, cockroaches, flies, fire ant, fleas, bats and mice, also leads to environmental pollution. Use of non-permitted pesticides destroys the environment and cause poisoning in living beings.

Ellery Gordon is a well-known professional law clerk in California. He explains the requirements and guidelines that should be included on a business license to protect the environment. These guidelines ensure that all the businesses operate according to an ethical and updated permit to efficiently deal with all kinds of environment damaging factors.

Asbestos is another important element that causes harm to the nature. There are several products that contain it in powdered form. Cement is one such product and using it causes the release of asbestos particles into the air. By inhaling such polluted air, a person can get different types of illnesses such as lung disease.

There are several sources that produce harmful radiation in the environment. Some of the common sources of radiation are mobile towers, radioactive materials, accelerators and x-ray machines.

The ionizing and non-ionizing radiation produced due to these sources harms the environment. Living in this environment adversely impacts the health of the flora, fauna and living beings. This sometimes leads to chronic ailments.

A business or a workplace can cause positive or negative impact on the environment.  The use of energy to heat or cool the building, removal of waste, impacts the community and the planet. It is thus important for every business to learn and implement the eco-friendly ways to perform their processes.

3 Mins read
By now, the internet has become an extension of humanity. It has become a part of how we do business, how we…
Business