See If You Know These Karva Chauth Facts

To pray for the husband’s longevity, married women of our country keep a day-long fast and this festival is known as Karwa Chauth. They get decked up in their best garments and jewelries and follow certain rituals which are regarded as auspicious for a congenial married life. Some husbands also observe fast to show their love and affection for their wife. Karwa Chauth gifts are generally given by the mother-in-law in the form of Sargi to her daughter-in-law. 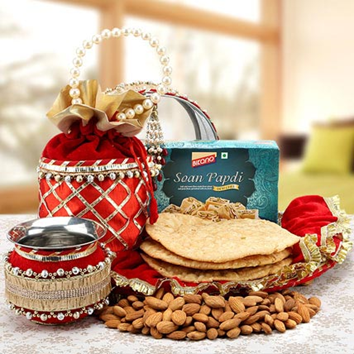 Here are some interesting factors about Karwa Chauth that you were not told before.

As a Karva Chauth gift idea you can go ahead with a set of jewelry.