South Korean tech giant Samsung has been hit hard by lifting the veil on a promising new device: the Galaxy A9. This smartphone is equipped with a 6-inch Super AMOLED display with a Full HD resolution. Galaxy A9 is positioned in the midrange. Galaxy A9 officially launched in China.

According to the china telecommunications certification agency, Samsung  Galaxy A9 Going by the serial number SM-A9000 and this device powered by an octo-core processor (possibly the Snapdragon 620) clocked at 1.8 GHz. It features a Super AMOLED display with a 6-inch Full HD (1920 x 1080 pixels). Which gives pixel density at 367 ppi less than iPhone 6s Plus (at 401 ppi). Its performance will be supported by 3 GB RAM and 32 GB of internal storage expandable via micro-SD. According to the AnTuTu’s benchmarking app, It will have a Adreno 520 GPU graphic card, Newly unveiled Samsung Galaxy A9 scores 73,592 points. Revealing at the same time new images and technical specifications. But Sony Xperia Z5 and HTC One M9 both high-end devices managed to score 76,862 and 79,965 points, It will be available in gold and white colors. 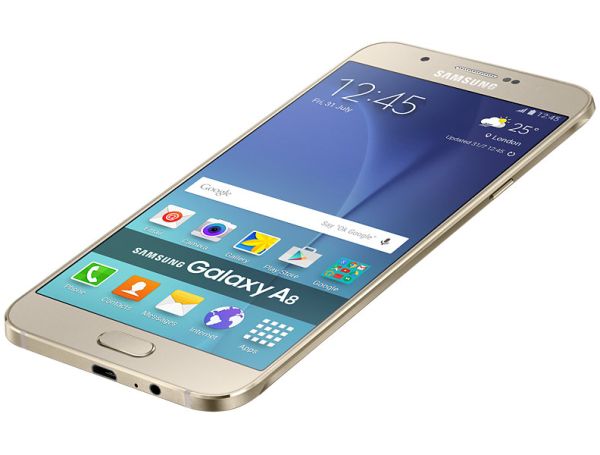 For pictures, It will feature a 13 megapixel rear camera with OIS shooter and LED flash and 8 megapixel front camera for video chat, So the mobile users capable of recording videos in Full HD. The design looks similar to its previous smartphones Galaxy A5 and A7, including Dimensions 161.7 x 80.9 in x 7.4 mm and weight about 200 grams, the large format smartphone will go on sale with Andoid 5.1.1 Lollipop based on Samsung’s TouchWiz UI. planned upgrade to v6.0 (Marshmallow). Including fingerprint reader for security of the mobile user data, One you can find new design range with a 2.5D shaped screen. The entire smartphone has designed with metal. The information revealed by the TENAA pending the next A3, A5 and A7.

Galaxy A9 is a non-flagship version from Samsung, But Samsung 2016 devices Galaxy A5 and Galaxy A7, both have high battery, Galaxy A9 is powered by the 4,000mAh battery. Fast charging will also present, Huge battery power than Galaxy S6 for better support of the internet browsing and watching videos on a big display. This device launched in China, But there is no words on release date and It’s unclear about the cost.