Pro and College Football – Which One Is Your Type

Aha this is the epic battle of the superiority. You can call it the clash of the superiors. Jokes apart, those who are getting started with the football, those who are not familiar with the sport, will get baffled by these two. Which one to watch? Which one to cheer for? Is NFL the right choice or should one go for the college football? Questions and no right answer, is the main problem. The strange part of this entire scenario is both the games follow almost same rules. Yet, they have separate group of viewers. One does not watch both the sports. It is either NFL or college. So, which is your football? Have you ever wondered which might suit your type? 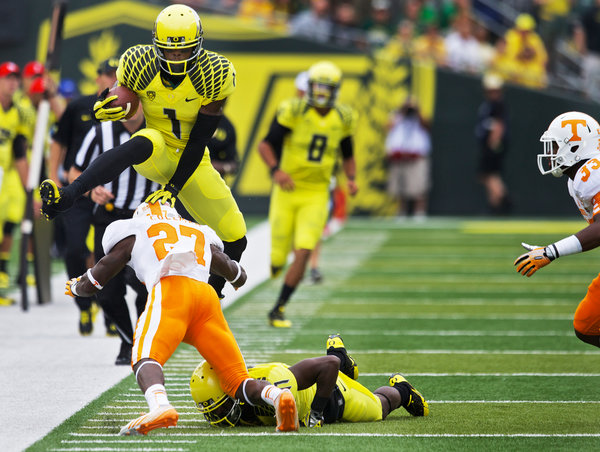 Aaron Michael Hartfield is a college footballer. He makes it a point to educate those who are not that familiar with the game. It is true that NFL is glamorous. Yet, college football comes with more passion. Nope, it does not mean that NFL lacks excitement. It only means that NFL is more professional. The passion, the approach, the aggression everything is well measured. On the other hand, college football is for the fanatics who love the game and the team. They love the excitement which comes the game. They love their team. Also the rivalry.

So, why should you watch college football when there is NFL? The first reason is passion and excitement. If your pulse does not get pumping and heart does not get racing, there is no point in watching a game. College football comes with this type excitement. It makes people stand up cheering for their team. It makes them hang by the edge of the seat, breathless, waiting for the next move. Excitement makes the air heavy and everyone gets flooded by it. Maybe this is one of the main reason why some would not watch any other sport.

Stars are the life of the sport. They make the sport worth watching. NFL has its share of stars. However, when it comes to college football, you will only get star studded teams. Even the teams that don’t get any attention have one player who has all the talent to hold attention.

Aaron Michael Hartfield, though, claims that it is not the stars or the excitement which draw people to college football. It is the sense of rivalry which keeps the game alive. Every team has its own arch rival. One loss and you need to wait for one long year avenge your humiliation. The prospect of losing and long wait make the games loaded with excitement.

Loyalty and excitement attract people to college football. If you ever get near a college on a game week, you will understand the level of emotion. Every single person talks about the game only. Everyone is predicting and hoping. The tension is contagious.

The emotional connection is stronger when it comes to college football. The fans are attached to their team and the stars like it is one big family. There is another reason for this bonding the college footballers don’t make much money. This bonds them to their viewers.