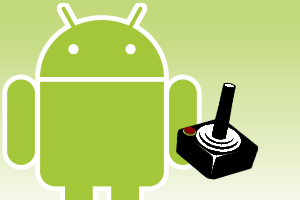 For great gaming experiences make sure your Android device is well-optimized. This is possible with mods, scripts and tweaks, which are capable to improve your system performance.

A mod or modding or modification refers to the activity of modifying software, hardware or practically anything to enhance the function that was not originally intended or conceived by the designer. Modding term is popular within computer game community for creating altered content to share via internet. Mods are created for any kind of game, but are specifically popular in real time strategy games, role-playing games and first person shooters.

In general, mods are designed by developer or general public, but are not stand-alone app. The user needs to have original release to run. They add new items in the underlying game like characters, modded weapons, textures, models, enemies, music, money, story lines, game modes, and life. They can be either solo-player or multi-player.

Total overhaul – Mod redefines the gaming style but keeps its original game’s universe. The graphics are upgraded along with the addition of new music, models, and dialogue to the original version.

A rapid search reveals huge selection of mods and scripts, but different enhancement needs to be installed differently. Download android modded apps to improve the performances related to –

Which Mod to Install?

The mods that work best for you have to be tried out in isolation and then you can think about blending them. Sometime you will discover that using one specific mod for performance improvement cancels the benefit of the other mod, so make choice carefully.

After installing the script or mod on your Android, determining its impact is important. It depends on how you observe the graphic and sound improvements. Every person’s perception differs, so which mod suits your need is a personal choice.