The Japanese Automobile brand Isuzu has confirmed the launch of MU-X on 11th May. Is this new offering better than Toyota Fortuner? Let’s find it out here!

The pre-heated Indian automobile SUV segment is going to be hotter in the coming few days. The segment which already has some of the great SUV offerings like Toyota Fortuner and Ford Endeavour is going to get a new entrant in the form of Isuzu MU-X. After a lot of camouflage avatars and leaked snaps, it is officially confirmed to be launched on May 11. The new launch Isuzu MU-X will replace the MU-7 which had failed to taste success in the Indian market.

The Isuzu MU-X will be produced in Isuzu’s Sri City plant in Andhra Pradesh, helping the company to cut down the costs by a good margin. After its launch, the Isuzu MU-X will face a tough competition from Toyota Fortuner and Ford Endeavour. Also, the launch of Skoda Kodiaq and face-lifted Chevrolet Trailblazer 2017 is on the cards. This confirms a heated competition in the segment.

Here, we bring you a side-by-side comparison of Isuzu and Toyota Fortuner to find out which SUV offers the best value for money. 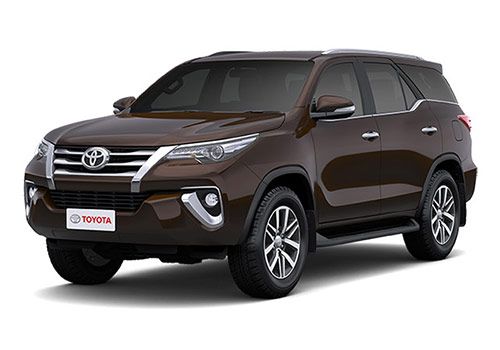 On the exterior, the Isuzu MU-X promises us with its muscular and contemporary styling. It gets a big full sized SUV profile, which is inspired from the D-Max pick-up truck. The burly exterior looks give the SUV a rugged and tough look. On the front, there is a thick chrome grille, LED DRLs on the bulky yet stylish bumpers, which add on the muscular looks of this SUV. The 18-inch alloy wheels below the swelled up wheel arches look premium. The rear of this SUV with all-new designed bumpers and LED tail-lamps looks perfectly blended.

Talking about the Toyota Fortuner, this all-new designed SUV is a tough competitor to Isuzu MU-X in terms of exterior looks. In fact, the big, bold and muscular looks have been one of the big reasons for the success of Toyota Fortuner and ever increasing sales figures. Toyota has promoted the Fortuner as a symbol of power, and the exterior looks and the new design theme prove the same. On the front, the all-new bold chrome grille, floating bumper design, LED DRLs, thick chrome highlights and the head-lamps look great. On the rear, the sharp themed head-lamps, new bumpers and use of chrome strip give this SUV an elegant look.

Just like the exteriors, the interior design and layout of Isuzu MU-X also look inspired from the D-Max pick-up truck. The dashboard comes in with dual-tone color scheme with a simple yet fantastic looking layout. The quality of materials used on the interiors everywhere is good and gives the premium badge to this SUV. Other features to be included on the interiors are the 7-seater layout, electronically adjustable driver’s seat, 8-inch touch-screen infotainment system with navigation support, automatic climate control and more.

The Toyota Fortuner sports a swanky, plush and luxurious interior design, which you can expect only on a high-end luxury SUV. The posh-looking interiors carry metallic accents and faux-leather used at various areas. The quality of plastics and other materials used on the interiors is of high class, and quite better than Isuzu MU-X. The cockpit is well-planned and the neat layout of the centre-console looks superb. Other features include 12V charging sockets, rear air-con controls, flexible seating, power rear door, a 7-inch touch-screen infotainment system and more.

For safety, both Isuzu MU-X and Toyota Fortuner don’t compromise at any front. The Isuzu MU-X will sport various safety features, out of which ABS with EBD, dual-airbags, terrain management system, Brake Assist are expected to be standard. On the other hand, the Toyota Fortuner gets 7-airbags, vehicle stability system, hill assist, brake assist, downhill assist, whiplash control seats and more.

The Isuzu MU-X will be launched with two diesel engine options; 3.0-litre and a smaller 1.9-litre. The bigger and fuel-hungry 3.0-litre engine produces 175bhp of power and 380NM of maximum torque. It would get a 6-speed automatic gear box and an all-four wheel drive configuration. On the other hand, the smaller 1.9-litre diesel engine churns out 148bhp power along with 380NM of maximum torque.

The Toyota Fortuner is also available with two engine options; 2.7-litre petrol & 2.8-litre diesel engine. The 2694cc petrol engine churns 164bhp of power and a maximum torque of 245NM. This petrol engine is available with two gearbox options, 2WD MT and 2WD AT. On the other hand, the 2755cc diesel engine produces 175bhp of power and 420NM of maximum torque. The diesel engine is also coupled with various gearbox options, 2WD MT, 2WD AT, 4WD MT and 4WD AT.

Currently, there is no official word on the pricing of Isuzu MU-X. However, we expect it be priced between Rs.22 to 25 lacs as its production is heavily localized and most of its components are already shared with D-Max V-Cross. With a strategic and aggressive price tag, the Isuzu MU-X is priced cheaper than the Pajero Sport, Ford Endeavour and the Toyota Fortuner.

Isuzu MU-X or Toyota Fortuner – Which SUV according to you is better in terms of looks, design, style and practicality? Which SUV gives the best value for money? Do share your thoughts and comments in the section given below.