Ultherapy is a modern type of non-invasive, non-surgical treatment to lift, tone and tighten loose skin. Ultrasound and the human body’s natural healing are employed for this process. It is useful for the face, the chest, and the neck. Ultrasound energy is utilized as a part of this procedure to excite the internal layers of the skin. 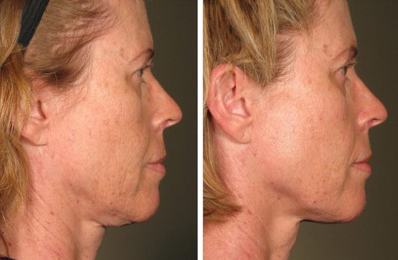 Different from Facelifts and Laser Therapies

In the case of a facelift sometimes the external surface of the skin gets disturbed, but that does not happen in Ultherapy. Unlike lasers which work from the outside-in, ultrasounds used in this Ultherapy work from inside-out. It leaves behind no visible scars or marks.

Ultherapy does not make use of any foreign substances, and also does not make any radical changes to the skin. There is no downtime in this procedure and it leaves a natural glow on the surface of the skin. An hour and a half after the proceedings, one can go about having a normal day. Different levels of discomfort have been reported by various people which range from an annoying low buzz to an amplifying intense pulse. Similar to the role of exercise in building muscles, the process of manufacturing new collagens takes place over a period, possibly for a duration ranging from two to six months. Ultherapy has appeared as an alternative route for people who do not wish to have a surgery performed on them.

The particular target in Ultherapy is the structural skin tissue, that lies deep below the surface where collagen lives. In this way, it is non-invasive as it lifts and tightens the from the inside-out.

A handpiece is used during the procedure which is placed on the skin, and the projection of the image of the tissue lying underneath the surface is projected on the screen. This way the practitioner recognizes the region that requires treatment. The same handpiece is also used to focus ultrasound energy below the skin surface.

It is due to this reason that it is considered a color blind procedure. Ultrasound imaging is useful for making sure that the energy reaches the place where it is most beneficial. As a reaction to this, the skin produces new collagen which results in a gradual lifting, tightening or shifting of the skin back to an active form and shape. Neocollagenesis is the body’s natural reaction to rebuild the structural support layers lying deep below the surface which are stimulated by Ultherapy.

Ultherapy is recognized as a safe process for all skin types as the surface layer is left unharmed in it. It just takes one visit to the specialist and then it works beneath the surface on its own. People who can undergo Ultherapy include anybody but it is most recommendable for people who are experiencing skin laxity, droopy or sagging skin below the chin line or on the neck, along with individuals who have lowered eyebrows or age lines on the chest.

The flushed appearance immediately after the ultrasound treatment is a common observation, but the redness disappears within a couple of hours. There have been reports of people experiencing temporary and mild swelling, bruising, numbness or tingling sensation in the weeks following the procedure.

After getting approval from the FDA, it has been accepted as an efficient and secure method for uplifting the skin and as a result, more than 350,000 treatments have already taken place around the world. Some prescribed medicine may be recommended by the physician, which may need to be taken before undergoing the treatment.