Hydro Power and The Politics Behind It In Asia

Eying the sustainable development, many nations of South Asia have come together to join hands for a never before power summit in order to save on the natural resources and still continue on the path of development.

One of the biggest hidden or shall we say potential powers lay in all these nations: India, Nepal, Bangladesh, China, etc. This hidden power is the hydro power. The beautiful rivers and he scenic beauty they offer is unquestionably serene but if one sees it from the perspective of engineers and power experts, they can see drained opportunities. For example, the very famous Marsyangdi river of Nepal has views of exotic species and waterfalls but it also has the potential of supplying at least 10% of the nation’s total produced power. watch msnbc live to get the latest updates. 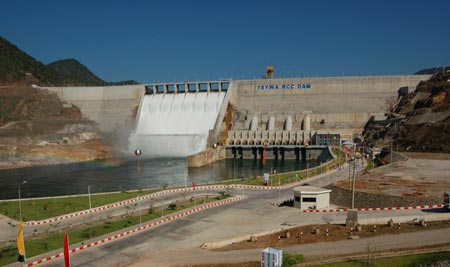 The Himalayan rivers which are fed by glaciers most of the time, are like one of the best gifts that nature itself could bestow on the energy starved lands of the South Asia. And for a nation like Nepal where the income of a person has gone down to its lowest ever, the utilization of the hydro power production could really help a lot in improving the economy. The opening of Nepal to the other nations for the installation and build up of hydro power projects has led to China, Germany, India and many other nations to build shared power channels to utilize the power output. The Indian firm of GMR expects that some major power plants could still come up, making Nepal one of the biggest marketers of sustainable energy as it could mutually increase its own income and power output.

During the South Asian Summit held in Nepal, the Indian Prime Minister made an unprecedented visit to the Nepal, first time ever after the infamous assassination of the royal family. The improvement of political relations between Nepal, India and Bhutan has led to increase in the private investments in local market. It is believed that if all the rivers of Nepal are tapped with the hydro projects, it alone can produce almost one fifths of the total power of India. Add to this China’s, Bhutan’s and India’s, you get the best mutual regional co-operation on power in the world. However, the plans could not move forward at expected pace due to worsening ties with usa.

The official of the governments of these nations coming together is a great move for future generations and the scope of development itself. Recent studies show that if the growth rate is kept the same, South Asia would soon be producing 4 times the energy it is producing right now. Integrating power grids over the time could lead to better handling of electricity supply to the ill lit areas. There has been a plan that has been proposed by the Indian government in which Nepal would export power to India in the summers and would get back the power in winters when all its river dry up to ice. If Governments do manage to learn mutual cooperation, development is bound to last very long indeed.