Officially unveiled at the MWC during March 2015, he phone is available in retail stores since 10th of April this year. The HTC One series has received worldwide support and a lot of appreciation. The HTS One M9 is the flagship model for HTC, and has served in just the right ways to its users.

The Smartphone is surely something that defines too much of smartness along with some class. Priced at INR 44,999, the Successor to the HTC One M8, it hasn’t got too much of newness, but it still is capable of fighting through the so many phones in the market.

Coming down to its specifications and other features, here it is! Well, like I said, the phone looks just like its predecessor the HTC One M8 except for the fact that this one is a little thicker and narrower! The HTC One M9 comes with an ocat core Qualcomm Snapdragon 810 system and a 3 GB of RAM. The HTC One M9 has to be super fast! The 5 inch screen along with a 1080p resolution, the phone has got for us just the ideal display features. The phone has a 32 GB of internal memory, of which 9 GB remains occupied for the operating system itself. These features will proceed for One M10 as well. 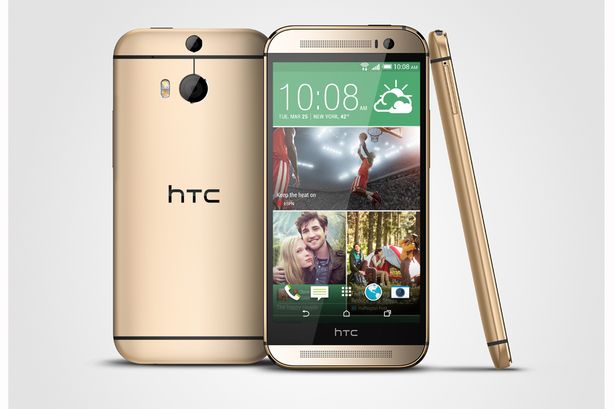 The UltraPixelimage sensor (fine for sensor, but under low light the image gets a little disappointing) is now shifted to the front, and the primary camera for HTC One M9 is a 20 MP, which also supports for 4K video recording. The front-facing “BoomSound” stereo speakers are now supported by Dolby Audio tuning. The M9 has of course got Android 5.0 “Lollipop” along with its age old HTC’s Sense 7 user interface and software set.

Vlad Savov from The Verge described the M9 as “the world’s most beautiful disappointment”, because the camera wasn’t such a great one which indeed brought him to a conclusion that “remixing the past is not a sign of innovation, and neither is the addition of a fast new processor just because it’s fast and new, or multiplying the megapixels of a camera that’s still not good enough”

Well, however the critics seem to speak of it, the phone has not failed to be a good HTC level of Smartphone for its users. The phone has got an average review of 8.1 by the critics while viewers seem to rate it a 9 something.

However, an HTC is an HTC, and so there seems not much of an argument over its flagship models at least. Reviews over the flagship models have been moderate, and yet the phone has surely made I through to the top. HRC somehow has never been a failure, and the simplest of its models has always seemed to appeal to the users.

All the HTC lovers seem to be never bored or disappointed with it, despite whatever the critics and other people have to say. Their love for HTC remains. HTC after all has created a name for itself which never has faced a setback and we hope it never does!