Everyday Physics and Your Child

One way to stop a casual conversation is to mention that my degrees are in physics. It is a shame that so many people are intimidated by the topic and they certainly don’t have to be. By familiarizing yourself and your child with the subject and doing some simple at home experiments, your child will be better prepared for schoolwork, and you’ll be better prepared to help. 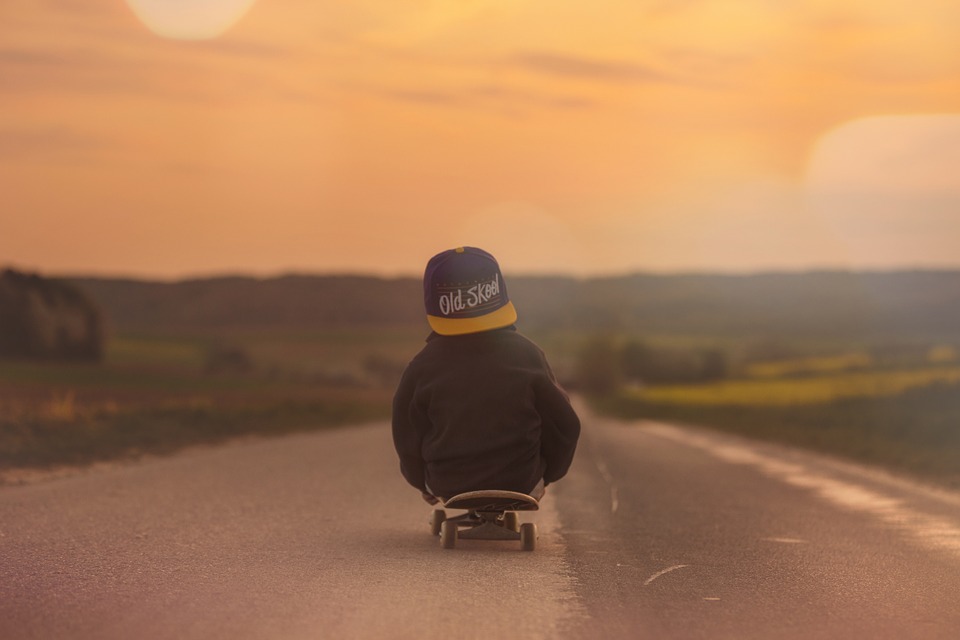 Also, keep in mind this is a discovery process and guessing always makes it fun. Just like any good scientist, be sure to ask your child to predict what they think they are going to see or what will happen before you start in. Once you’ve done the experiment, ask what he or she makes of what is happening or has happened. If something is incorrect, don’t correct it right away if you can help it, use that as your next question and test his or her idea.

1) Goldfish – playing with optics: You need a blue marker and a piece of paper. Take a blank piece of paper and fold it in half. On one side, draw a (royal, or a bold shade) blue fish and color it in. On the other half, draw the outline of a large fishbowl. Have your child, (you should do this first!), stare at the blue fish for 30 seconds, looking at nothing else, just staring. When 30 seconds is up, ask your physics student to look at the bowl, not staring, just relax and blink a little. There should be a goldfish there! If this doesn’t work, try staring at the blue fish again, for longer. (For more, check out this Exploratorium experiment.)

So you know: Our eyes have color receptors called cones in our retinas, equipped to handle different frequencies of light. When you stared at the blue fish, you wore out your blue cones and all that was left were those that deal with red and green light. When you mix red and green together, you get yellow! If this sounds weird, that’s because you are used to using paints and crayons, color filters, not the colors in the light itself. For more on color, check out comcast’s site on mixing light’s color. For more on rods and cones in your eye, check out Hyperphysics, (a great resource for other physics topics as well.)

2) Balloon in your hair, Einstein – static electricity can make you look silly. Get a balloon, fill it with air, and tie it. Ask you child to rub it in their hair. This is a very fun one for both of you. There may be similar experiences your student has already had from getting shocked from walking across a carpet or from static cling after taking clothes out of the dryer. Ask why the hair is attracted to the balloon after rubbing and why the hair behaves as it does. You can also experiment with the balloon after that.

Just so you know: Scientists theorize that all materials are made of atoms, and the particle in the atom that can move is called an electron. In this case, electrons have left your hair and piled up on the balloon. That is why the balloon will also stick to the wall temporarily. The excess elections repel the electrons in the wall, creating a positive wall surface that is attracted to the negative balloon. Similarly, your hair, which has lost some electrons, are all individually charged a little positively. Since like charges repel, the hairs are trying to get as far away from each other as they can! For more info on static electricity you can check out this site.

3) Paper clip contest – magnetism in action: You need a strong magnet and several paper clips. Make sure the paper clips are not linked together. Keep them far from the magnet. Explore what happens when you bring them together. Then take a paperclip and rub it against the magnet and put the magnet far away from the other paper clips. Next, taking just the paper clip you used, bring it near to the other paper clips. Experiment with this. Eventually you can make a chain of paper clips and see how long, when thumb tacked against the wall, they will stay magnetized. Have your student decide what they want to vary to find experimental answers to questions. Be sure to explore why you wouldn’t want to vary more than one thing at a time,

Just so you know: Certain material is considered ferromagnetic, such as the paperclips. It is as if the paper clip is made up of tiny particles with north and south poles. The true magnet causes movement in the ferromagnet, temporarily magnetizing the object. An analogy you could use is comparing magnets and ferromagnets to the sun and the moon. The sun can produce its own light. The moon doesn’t produce light, but it can shine, when the light from the sun hits it. Similarly, magnets produce their own magnetic field. The paper clips aren’t magnets, but if around magnets, the clips can behave like them. Just as magnets are a special material, so are ferromagnets.

4) Magnets and electricity aren’t the same thing. If you do these experiments in order, this is a good one to conclude with. Sometimes students are confused in school, thinking that electric charge and magnetism are the same force. Although both have to do with electrons, one has to do with electron’s charge and the other with its spin. This is a fun way to show the difference. The puzzle is to knock a wooden match stick off a nickel when the match rests atop the nickel’s narrow rim, and when the nickel and match are covered with a glass. The nickel’s width is touching the surface, (so both faces are visible, neither is down, see image.) You need to get the matchstick to fall off the nickel without shaking the table or touching the glass. You’ll need to do this on a level table so that the nickel is easy to balance.

Just so you know: Oftentimes, students will want to use a magnet, but American nickels aren’t made with so much nickel anymore and it won’t respond to the magnet. In this case, instead of knocking the nickel over, your student can use static electricity to attract the match stick. By building up excess charge on something, (a straw will work as well as a balloon), the matchstick will act like the wall and as its negative charges repel, the more positive stick will be drawn to the charged object. (You can do this same experiment with a Canadian nickel instead to show that a magnet can work too, and to emphasize the difference between static electricity and magnetism. The Canadian nickel is made of real nickel and WILL be attracted to a magnet.)

If your interest is peaked, be sure to check out the website called How Stuff Works for more info on the physics of this world!