Economic Benefits Of Remittances For A Country

Remittance is the flow of money between individuals living in different countries. Most remittances are made by a foreign worker sending money back to his or her home country. The rise in migration and the emergence of cost-effective money remittance platforms has led to an increase in overseas money transfers in the last few years. Here are some major economic advantages of remittance flow in and out of a country. 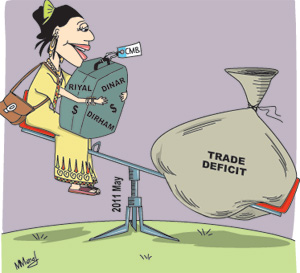 Foreign currency bank is the one of the most significant economic benefits of remittances. When an individual or a business sends money to a particular country from another country, it gets converted into the domestic currency of the recipient country.  This increases the bank of foreign currency in the country which enhances the value of the domestic currency in the international market. Let’s say, a person is working in the United States of America, and he or she sends money to India from the US. The money will be sent in the form of USD, but will be received in INR.  This increases the reserve of the US dollar in India, which in turn boosts the Indian currency against the dollar in the international market.

This is the most direct benefit which a country gets from the remittance industry. There can be an easy transact of two different currencies without any hurdle.

In the earlier times, people were scared to engage in cross-border trade as  the risk of losing money in overseas business was always there.  But the evolution of the remittance industry has made cross-border trade a safe affair and also guarantees overseas money transfers in a matter of few hours only.

The rate of students who are going outside the country to study and student coming to inside the country for the education is increasing day by day. The remittance of money industry has made it easy to transfer the money to their children all around the world without any hurdle. Student studying in the United States of America, who is originally from India, can get the money from their parents easily and safely within some hours only.

The growth of the remittance industry has helped boosted migration and encouraged people to work outside their country and earn international currency for their home country thereby helping in two aspects:  by encouraging people to seek employment outside their own country and by increasing the bank of the foreign currency in the country which boosts the value of the domestic currency in the international market.

Many global players like Western Union, PayPal, Money Transfer and InstaReM are making efforts to provide seamless, cost-effective and instant money transfers across borders every day.