Does Molly Have The Potential For Addiction? 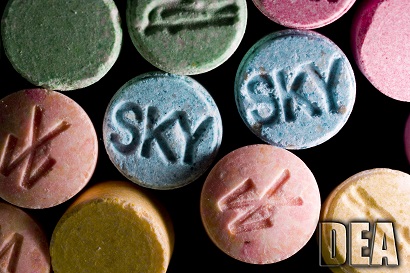 Molly is a term for the drug Ecstasy. Classified as a “club drug,” it is commonly used at parties where there’s music and lights, because the drug enhances the user’s perception of these things. Molly or MDMA, short for 3,4-methylenedioxymethamphetamine, is a manmade substance that has a similar effect to amphetamines and has a hallucinogenic effect. It’s the pure crystalline powder form of MDMA and is sold in pill, capsule or tablet form. The effects of the drug last for three to six hours, but depression from it may occur several days later.

Whether or not Molly is addictive is yet unknown. Some say that it is while others say that it isn’t. On the contrary, most experts say more research needs to be done on the subject to confirm whether it’s addictive or not. However, experts do know that a person will need more of it to feel the same effect over time. The National Institute on Drug Abuse states that MDMA gives the user a feeling of warmth or euphoria because it affects the same neurotransmitters that other addictive substances affect. A few animal studies indicate addictive potential in the drug that’s not nearly as severe as cocaine. Narconon International says that MDMA is addictive and may lead to the same problems that drugs like cocaine and amphetamines lead to. This is because the drug causes euphoria and produces psychological effects, such as anxiety, sleep problems, confusion, depression and paranoia, which may occur several weeks after taking it. Nausea, chills and sweating may occur when users go without it, as noted by Narconon.

If you feel you or a loved one may be addicted after abusing Molly, seek a drug treatment in Florida from one of the treatment centers in Florida. Florida substance abuse treatment centers will be able to diagnose the problem and help you to cope with stopping usage of the drug. Drug rehab centers in South Florida will be able to give you ways to live without the drug and provide you with other services to assist you with stopping use. This is especially important since MDMA can be mixed with any number of harmful substances. Not to mention, the rise in temperature from it may lead to hyperthermia, which causes kidney, liver or heart failure. In some cases, it can lead to death.