India is a land of diversity; there is diversity in religion, people, culture, language, geography, in short almost everything. This is the fact that makes the destinations of India a must visit. Located on southernmost borders of the state of West Bengal is a beautiful place called Digha. It is basically a sea-side resort town most popular for its beautiful shallow sand beach that has an extension of up to 7 k.m. The place is very popular in the state and sees a large influx of locals from the state as well as neighboring states. Still, it is one of the most tranquil beach towns in the country. Its average elevation is just 6 meters from the sea level and experiences three major seasons, namely summer, monsoon, and winter. If you are a buff about beach destinations and seek a laid-back vacation, Digha is just the right place to be at.

Featuring long and continuous, sun-kissed sandy beach, Digha is simply a picture perfect place. The lush green palm fringes sandwiches the shallow sand beach of the place along with the colorful shacks, restaurants, Digha hotels, and vast Bay of Bengal. Sunrise and sunset here are simply mesmerizing. You will just often see people taking photographs with the vast sea and the red radiant sun vanishing in the sea as the background. Kids building sand castles and picking up seashells is a common sight here. The young also like to relish swimming and play volleyball and cricket. Whereas, amongst the old, lying down on the sand and basking in the sun still remains the most popular activity. Evening walks are also fun here as the cool breeze from the sea caresses your skin and the gentle waves wash your feet. 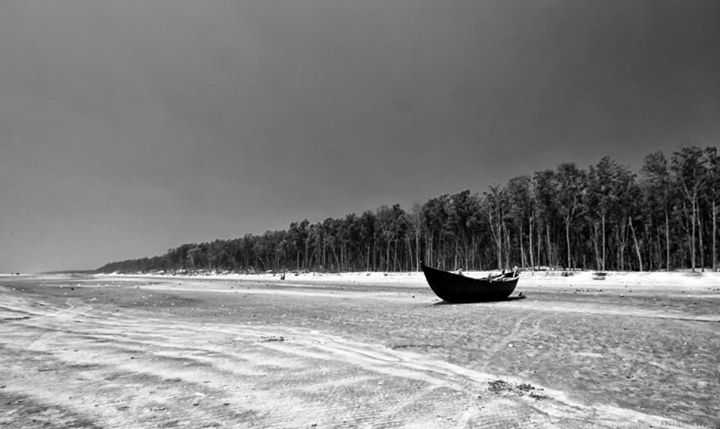 There are two very popular points of interest in the area. They are the temple of Lord Shiva at Chandaneswar and the Marine Aquarium and Research Centre. The temple of Lord Shiva at Chandaneswar is a highly revered temple and receives nearly half a million pilgrims and people from all over India in the Bengali month of Chaitra. The place is some 8 k.m. away from Digha and receives a continuous flow of visitors. On the other hand, the Marine Aquarium and Research Centre is an attraction that interests both young as well as old. It was established in 1989 and preserves and displays the marine diversity of the region. It has 24 big marine tanks and 8 fresh water tanks. A visit to the aquarium is simply worth.

It generally takes about 4 to 5 hours to reach the tourist town from Kolkata on road, and it is one of the many reasons behind Digha being flocked by large number of people from Kolkata, especially on weekends. There are buses leaving from the Dharmatala bus stand of Kolkata and the Bus Terminus of Garia, which is a suburb of Kolkata. It is also possible to reach the beach resort via trains. The place houses a small railhead with a good collection of hotels near Digha railway station. There is a local train running between New Howrah and Digha, but the service is not that frequent. A better alternative is to reach the Howrah railway station first and catch a bus to the tourist town.

Dimpy Roy is a travel writer working with an Online Travel Guide. She guides travelers to various resources where they can find best hotels near Digha railway station and choose the best one.