Dell is working on an upcoming 2-in-1 tablet, named XPS 12 (9250) with a detachable magnetic  keypad and stylus Dell Active Pen,  the device is aimed to rival Apple and Microsoft like Microsoft’s Surface Pro 4. Dell Malaysia posted a “coming soon” page for the XPS 12.

According to International Business Times, This tablet will be equipped with Ultra HD screen with a resolution of 4K, And with screen size  12.5-inch IGZO touchscreen, the Dell XPS 12 has a pixel density of 352 ppi.  With it, the XPS 12  you can use your tablet like a laptop, The display mainly used for finger-swiping and this device  compatible with a Dell Active pen.  According to the leaks of WinFuture the presence of an Intel Core M Skylake processor, it will be available in two different versions with Core M3 or M7 options coupled with 4 GB or 8 GB of RAM depending on the version. Just like Microsoft Pro 4. 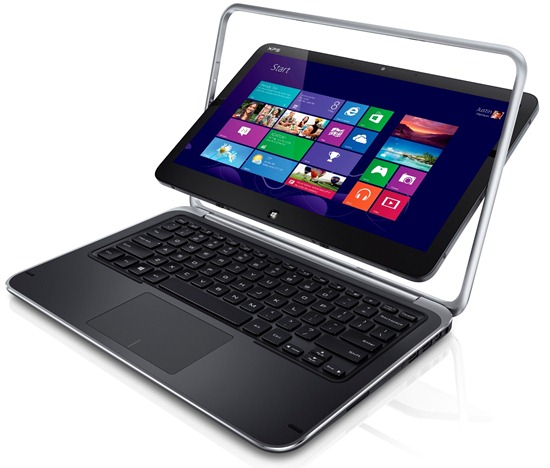 The battery is designed to provide 30-watt-hour. The chiclet-style keyboard. With a comfortable typing. The touchpad (100 x 65 mm) is a good size and provides a pleasant navigation with key shortcuts in Windows 8. The touch screen, appears pleasant to use. The use in tablet mode is convincing.

Also, according to the site, the tablet would carry a 8 megapixel rear camera, a front camera of  5 megapixel and compatible with WiFi Dual Band, Bluetooth 4.1 chip and a touch 4G bonus to the Hi-speed internet  users. LTE, dual-band Gigabit wireless and for connectivity, USB Type-C, two USB 3.0 also an HDMI port., mini DisplayPort port and Headphone / microphone combo port. And an SD card reader, a SIM card slot and a MicroSD card slot will be available. The magnesium housing of the Dell XPS 12 is the leaked information indicates 8 millimeters thick. The device weighs 790 grams in total. As an accessory, the size of a standard notebook keyboard, a backlight and a glass trackpad. In addition,  ports such as an HDMI-output or conventional USB ports. upcoming iteration will be unveiled at the Dell World 2015 in Austin.