Muslim women can choose from certain dress options which they can wear in public. 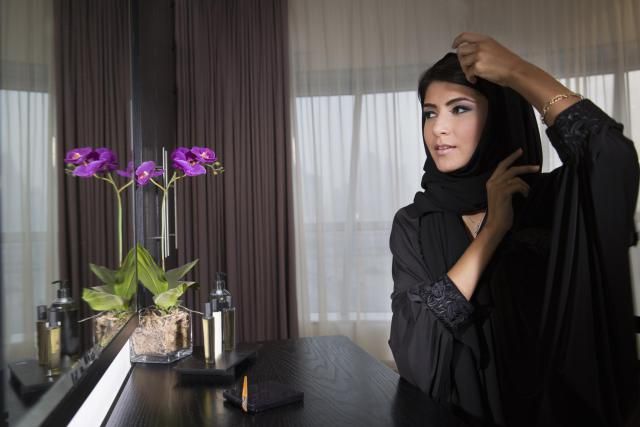 They are the long loose fitted robes which cover the entire body of a woman. There are mainly two styles of the abaya. There is one which can be worn from the shoulders and there is the other which can be worn from the top of the head. There are some plain abayas and there are some embroidered and color embellished ones which one can also try. Some of them also have tailored cuts which women who have a knack for styles can choose to wear. The designs are mainly done on the necklines, the cufflinks or on the back. The designs have sequins, beads, and colored threads. It can also have crystals, nets, and ribbons.

This is a kind of mask which is mainly worn to cover the face. This also comes in different styles. It can be easily worn with a burqa or an abaya. When one is buying fashion burqa online, they can go for a matching batula. This is very common in Oman, Qatar, UAE, Arab and southern part of Iran. Also older women and those who live in rural areas mostly wear it. But with newer generations, this tradition has been dying out.

This is a rectangular piece of clothing which is mainly worn by Muslim women who live in Pakistan, India, Bangladesh and other Asian countries. This also comes in a wide range of designs and colors.

The niqab is another garment worn by Muslim women apart from abaya. This is actually a scarf and a head covering which can cover the entire face of the woman except for the eyes. This flows down till the middle of the back and also covers the hair of the woman which may fall until the mid-chest of the front. But wearing a niqab is not a mandatory thing for Muslim women.

Jilbab is a long and loose-fitting coat or outer garment worn by some Muslim women. The entire body is covered except for the hands, face, and head. It is worn with a headscarf like a hijab or a khimar to cover the head and neck, or with a niqab to cover the hands and face.

One should know that is a loose dress which covers the entire body of a woman from head to toe. One can wear them on top of normal dresses when they are going outside the house. Here the entire body is covered and there is also a face veil which looks like a rectangular piece of cloth.

There are burqa online stores in India from where one can choose this dress.