Bridal Lehengas – What To Avoid While Buying

Lehengas are no doubt an exclusive piece of garment. It can make any woman look beautiful in the simplest way. One doesn’t need to work hard on wearing a lehenga, yet the best can be achieved out of wearing it. A simple lehenga is exclusive in itself. Choosing a bridal and that took a designer bridal lehenga therefore definitely stands the chance of touching the epitome of gorgeousness. If one truly wants to buy an exclusive designer bridal lehenga, then South Extension deserves a visit from their end. These lehengas definitely need the best kind of choice, though. One needs to be extremely careful in choosing the lehengas as bridal lehengas are expected to have lifetime connection with the bride. 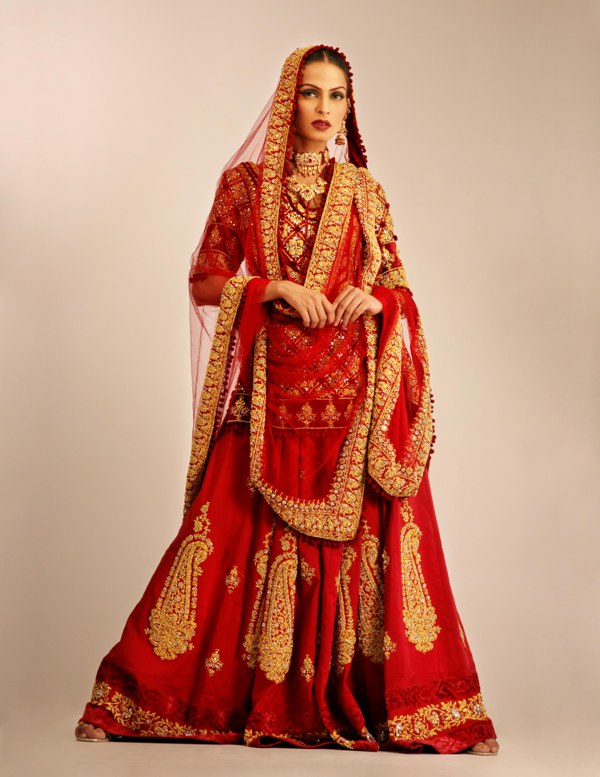 What all to avoid while selecting the bridal lehengas?

The very first point to totally avoid while selecting a lehenga is the point of selecting a material that does not match the season. If one buys a lehenga made out of heavy material during the summer, then they can expect them to be drowned in an ocean of their own sweat. Also, the discomfort and the frowned face will follow. Another point that one should absolutely avoid is the fact that any dominating person is around them. It is their marriage, and they can take suggestions from the others, but the final choice should always be theirs. If one wants to say that the bride should buy a lehenga according to that person’s choice, then make sure to give them a cold shoulder in a happy way.

Selecting a bridal lehenga should also not have any obstacles in thesense of colours. One should avoid the neon until and unless it is a theme marriage and until it is sober neon. Also, one should take care that they totally and very surely avoid the vicious sparkles in the lehenga. No one wants the camera lens cracking because of the cheap shrieking brightness that the lehenga would reflect and that too from the bride’s lehenga. Selecting a lehenga is not very difficult if one consider the point of their skin tone. Again one should totally avoid buying the lehengas if they feel that it will not suit their skin tone. If one wants to buy lehengas with no obstacles of the above points, then they can surely try visiting South Extension.

Other important points to avoid:

Totally avoid buying lehengas from any cheap road style stall. It is your marriage, and the bridal attire deserves expenditure. Buying shoes that would kill the fun definitely deserve avoidance. Many enjoy wearing heels while many hate the idea of heels as they are painful to them. So buying the correct shoe is the necessity.

Noramelly in Indian wedding lehengas are perfect bridal dress which seems elegance with charming as well in Indian cultural tradition.

One should remember the most important points that they should avoid while buying the bridal lehengas. If one wants to buy the most beautiful lehenga of their choice then considering, the above-mentioned points are anecessity. Lehengas can be the best bridal attire one would like to accept for themselves and the best memorable one too if selected correctly.