Mobile phones are basically radios that transmit and receive voice signals. They communicate to the world in the form of radio waves with base stations that are attached to mobile phone towers. Each base station can serve a number of simultaneous conversations, each of which occupies a frequency slot in the spectrum. You can’t increase the number of simultaneous conversations because carriers are supplied with a limited spectrum having a finite number of frequency slots. A base station usually provides coverage in the range of 10 miles. You can increase the range of this base station and provide more coverage by increasing the power of transmission. However, if you increase power beyond a certain limit, you may overstep ACA’s guidelines on safety limits for human exposure. 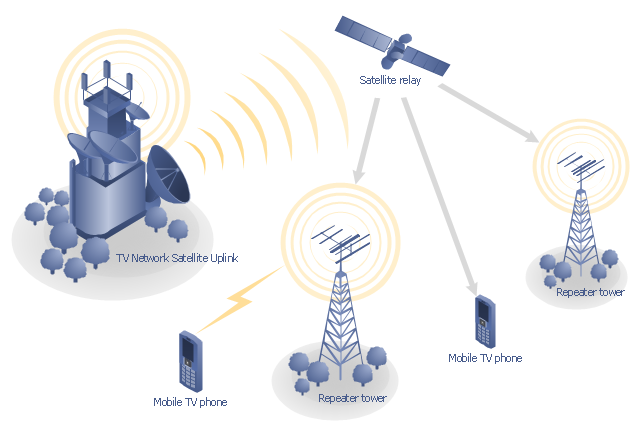 You may not be able to get the usual range of 10 miles in big cities. When places are more crowded, more conversations take up the slots, and you would run out of your frequency slots in no time. To support more simultaneous conversations, you need to add more base stations, which will share the load and let you recycle frequencies. So when you walk into your neighbour’s house talking on the phone, you are probably being transferred from the current base station to the next nearest base station. The current base station then frees up this frequency slot and makes it available for another conversation. This transfer to the new base station happens so smoothly that you don’t notice a thing. Since each of these base stations now need to provide coverage for a smaller area, each can be operated at lower power levels. This can result in substantial power savings for the carrier. The downside of operating at low power levels is your reception may not be particularly good, especially inside buildings.

You can minimise the number of base stations required in places with lower population, such as rural areas, by transmitting at higher powers.

Major carriers provide detailed coverage maps for each state on their respective retail outlets and websites — which are usually updated on a regular basis. The carrier 3 takes coverage a step further. It divides coverage into three zones — video, messaging, and talk. Coverage maps then display which zone is applicable to a particular place.

Coverage maps tell you whether you can get coverage in a particular area. That’s one reason to go with a particular carrier. Coverage maps, however, are not the final word because they won’t tell you about coverage gaps, dead zones or congestion areas. Coverage gaps are small gaps between adjacent base stations where there is little or no overlap of coverage. If you live in an area within a coverage gap, you won’t get good reception, whereas your next-door neighbour, who lives outside the coverage gap, may have the best reception. The location of coverage gaps varies with carriers since most carriers have their own independent network infrastructure.

O2 is a telecom company based in UK. You can call on O2 Contact Number for any phone or network related information.