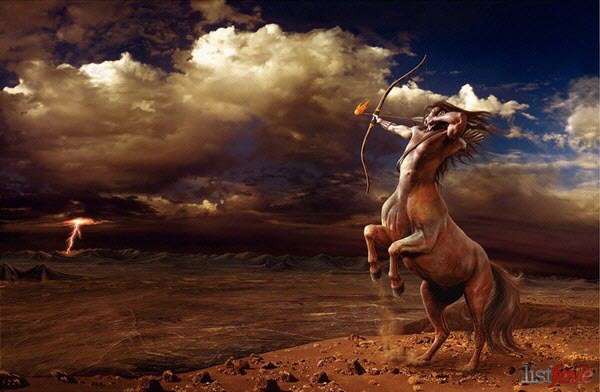 These half-man-half-horse creatures are seen throughout myth although most prolifically in Greek mythology. Centaurs lived in herds on Mount Thessaly in Greece. They went about drunk, eating raw flesh and raping human women, they were a plague to all around them.

Zeus would often send centaurs to punish gods and humans who had offended him. The centaurs were known for their hostile behaviour towards humans.