Top 10 Longest Tunnels of the World 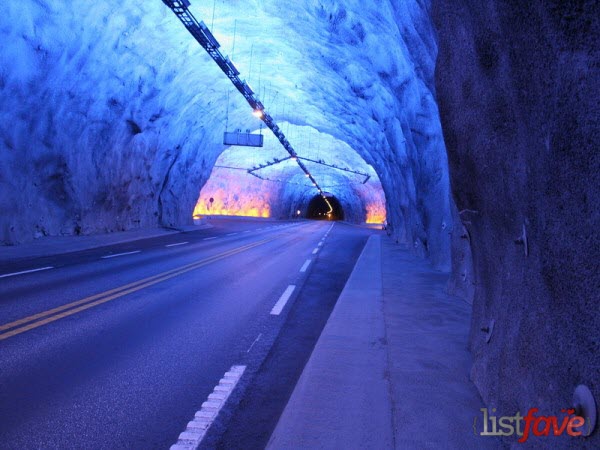 15.23 mi long the Lærdal Tunnel connects Aurland and Laerdal. Once considered as the longest tunnel in the world, Lærdal Tunnel is a two lane road tunnel. After the legislation about the tunnel, in the Norway Parliament was passed in 1992, the work on the tunnel started in 1995 and it took only five years to complete the tunnel and in 2,000 it was thrown open to the public.