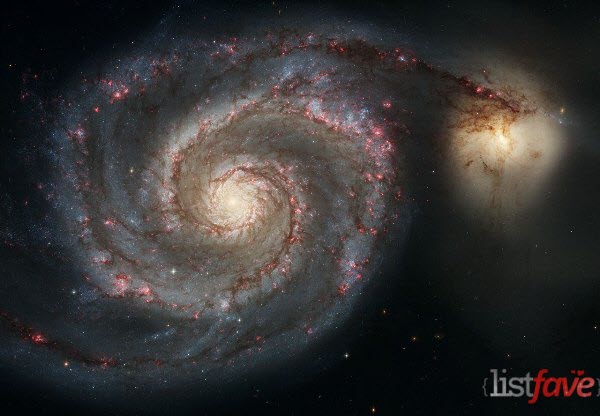 Galaxies could collide with one another, for example, the nearby galaxy, Andromeda, is currently dining on a smaller galaxy. After painstakingly track the motion of our galaxy, Milky Way and Andromeda between 2002 and 2010 using the Hubble Space Telescope, scientists came to a conclusion that a collision between the two is imminent. However, this would happen 3 billion years in the future and once they merge, a quasar could form in the center of the newly formed galaxy.